Are R&D Tax Breaks for University-Business Partnerships the Key to Australia’s Innovation Agenda? 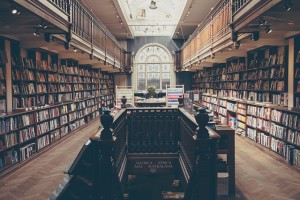 Universities offer a huge potential in shifting the Australian landscape to be more innovative, however, they are currently debilitated by under-funding of research by the government. The value of stock of knowledge generated by university research was estimated at $160 billion in 2014, equivalent to almost 10 per cent of GDP and exceeds the entire value of Australia’s mining industry. However, is that research being converted to commercialised ideas?

With Australia embarking on a dramatic transformation, universities could be a viable engine of Australia’s innovation and future growth, however, investment is required to ensure the research is able to have a beneficial effect on the Australian economy. According to a Deloitte Access Economics report, if the government elevated university research funding from the current 4.3 per cent increases a year to 5.7 per cent increases, up to $29 billion a year would be added to the national GDP over time. Furthermore, if the government increased funding by a whole 10 per cent, then it would be expected to generate well above $100 billion in increased GDP.

Correspondingly, tax breaks to foster greater collaboration between business and science have been predicted to form a significant part of Turnbull’s innovation statement due in December.  In fact, Mr Pyne, the Science and Innovation Minister, confirmed on Tuesday this week that taxation would be a chief element in the innovation statement. Whether or not these include tax breaks for universities is yet to be confirmed.

Nonetheless, tax concessions for universities could certainly assist in commercialising research into ideas. There is no denying that research and development occurs in universities and in businesses – but there is little connection between the two.  Thus, the $2.9 billion in research tax breaks that goes to companies may be better spent on joint university-business partnerships instead. Indeed, this would balance government support and mimic successful tax models that are utilised in the United States and United Kingdom.

Ultimately, producing tax breaks for universities and cultivating a partnership between businesses and universities is important and could certainly help bridge the gap between research and proven technology. University and corporate partnerships, driven through tax breaks or other integrated models, could ensure investment in research and innovation in Australia does not get left behind in a competitive international market.