Announced in the recent Federal Budget was the Government’s plan to raise over $1 Billion by cutting funding to the R&D Tax Incentive and a range of grants. The savings from these measures will be redirected to repair the Budget and fund policy priorities.

The Government has committed to decrease the refundable and non‑refundable R&D Tax Offsets by 1.5 percentage points from 1 July 2014 . The reduction is expected to save $550 million in payments over four years.

The below illustrates our understanding of the impact of the interaction between the proposed changes to both the R&D Tax Offset and general corporate tax rate:

Similar to other recently proposed R&D tax changes, these changes will most likely begin for companies with year ends that commences on or after 1 July 2014.  Meaning it will likely impact June balancers for the 2014-2015 financial year and December balancers for the 2015 calendar year.

It is important to note that although the taxpaying R&D tax offset recipients will be re-aligned with the new corporate tax rate from 1 July 2015, the refundable (cash-back) tax offset will remain at the reduced 43.5%, resulting in a permanent ongoing 3.33% reduction.

As this new measure directly affects SME’s and their research efforts,  it is already being heavily criticised by industry groups and the opposition.

It is also important to note, that the Government still plans to pass legislation that will exclude large companies with a turnover over $20 Billion from accessing the program.

Whilst understanding the need to balance the Budget, Swanson Reed is critical of the change’s timing given that it commences one year before the reduction in the general corporate tax rate.  Swanson Reed is also of the view that this measure reduces our competitiveness in the region. Given that the recently released New Zealand Budget committed a $53 million boost to a  (cash-back) tax incentive for SMEs, Australia may find that with time we loose our best ideas to the Kiwi’s.

Following recent suggestions set down in the 2014 Commission of Audit, the Government has confirmed plans to discontinue both the Innovation Investment Fund and Commercialisation Australia. The cuts will result in net savings of $845.6 million over five years.  The following programs within the industry portfolio will also be scraped:

The programs will be replaced by a single business service that will halve the cost of the previous programs over the same period ($484.2 million) and will refocus effort on entrepreneurs and their infrastructure.

Industry Minister Ian Macfarlane said “The Entrepreneurs’ Infrastructure Programme (EIP) will bring research and business together to develop and commercialise home-grown ideas and equip small to medium enterprises with the management and business skills to lead change and expansion”.

Although disappointing, the changes come as no surprise.

Click here to read the 2014-2015 Budget commentary regarding the R&D tax cuts. 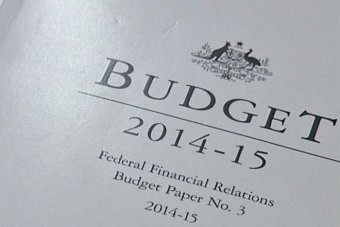