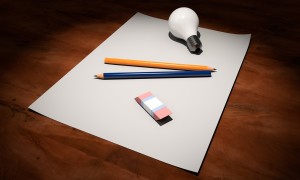 Small business has done well in this year’s federal budget. To encourage faster growth, an extension of the $20,000 instant asset tax write-off has been granted and a further $300 million will be provided to State Governments to reduce small business compliance costs.

Companies will benefit from a $100 million advanced manufacturing fund to drive business growth to compete internationally. About half of this funding will be set aside for an Advanced Manufacturing Growth Fund to help the industry adjust to the wind down of car manufacturing in SA and VIC.

Fintech will benefit from a number of initiatives that will help them compete in the market, including relaxing shareholder requirements for banks and allowing start-ups to test a wider range of fintech products without a licence. An “open banking” scheme will give customers easier access to their banking data and allow them to look for better and cheaper services.

There have been issues raised by many entrepreneurs however, as the budget focused on traditional industries rather than sectors like technology. Also, little comment was made about the ideas boom for promoting collaboration between industry and researchers. Stuart Richardson, co-founder of York Butter Factory stated, “It’s disappointing to see nearly nothing has been done to address the fact Australia is research heavy and commercialisation light. Lagging dead last in the OECD for commercialisation is surely impetus enough to drive action and intervention.”

Even so, $10 million will go to establishing Innovation Labs in South Australia and Victoria, providing business development opportunities and test centre facilities. Additionally, $4 million in grants was announced for small-scale research projects in advanced manufacturing.

The budget also gave $26.1 million to fund optical astronomical research with a commitment of $12 million per annum until 2027. The Minister said the partnership with the European Southern Observatory will offer Australian astronomers access to “front-line astronomical facilities, with opportunities for Australian influence and technical and scientific input, to stimulate research and industry collaboration.”

Start-ups partaking in R&D may be eligible for the R&D Tax Incentive, which can then be reinvested to grow the company. For more information, ask our experts at Swanson Reed R&D Tax Advisors.