A poll of 1,202 people by the Australian National University (ANU) found that the majority of Australians strongly value science and innovation. The survey conducted by the ANU Social Research Centre found that Australians understood the importance of research for Australia’s future even if they didn’t feel confident when it came to adapting to technological change themselves.

45% of respondents believed that technological change occurs too quickly to keep up with, with only 12% strongly agreeing that they can keep up with the current pace. However, 75% believe the benefits of technological progress outweigh the risks. 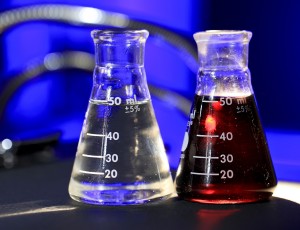 Titled ‘Innovation, Science and Business: Australian Attitudes to Government Support,’ the poll found that 82% of Australians want politicians to listen to the advice of scientists more often, for topics like climate change and energy security.

An overwhelming number (94%) agreed that there should be better collaboration between scientists and industry and 84% believed that more people should be working in research and technological development in Australia.

Despite these findings, Australia’s investment in R&D is below average for OECD countries at 2.1% of GDP compared to 2.4%. In 2013, Australian private sector R&D contributions made up 56.3%, while the OECD average was 81.1%

In many countries R&D expenditure is increasing, but Australia has not kept up and is falling further behind countries like the US, whose private sector contributes 70.6% to R&D investment. Australia’s R&D expenditure is now around the same as China (as a percentage of GDP), and they are soon expected to surpass Australia as they plan to increase R&D spending by 35% by 2020.

The Australian government has aimed to increase private sector R&D since the 1980s by providing tax concessions like the R&D Tax Incentive. If your company undertakes R&D activities, get in touch with Swanson Reed R&D Tax Advisors to see whether you can apply for the credit.