From ravenous sharks and fanged snakes to fractious crocodiles and deadly spiders – there is no denying Australian’s enjoy the odd boast about how lethal our animals are and just how tough we are as a nation. However, could this underlying imperturbable attitude embodied in our culture work in Australia’s favour as we move towards a more innovative society?

It has been approximately two months since Malcom Turnbull rose to the top position as prime minister and instantaneously proclaimed his aim for Australia to become a nation “that is agile, that is innovative, that is creative.” Since then, Australia has been compared to other start-up nations around the world and there has been no shortage of suggestions on how Australia should set Turnbull’s innovation ambitions in motion. Nonetheless, whilst this is prompting a discussion about where Australia ranks in the global tech sphere, the Land Down Under still has a long way to go till it’s considered in the same league as Israel or London. 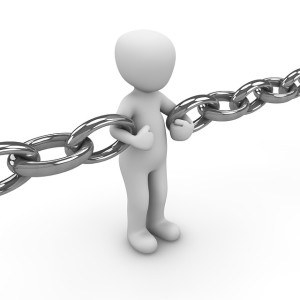 Despite this, Australia could still be creating its own significant niche in the global start-up realm. The lack of capital and other impediments facing Australia tech start-ups could in fact be a positive. Australia is constructing a reputation of cultivating a distinctive style of company: the robust start-up, which is penny-wise and austere and recognises how to expand viably with restricted assets. In fact, according to a recent survey conducted by the Australian Women Chamber of Commerce and Industry, more than 40% of Australian female entrepreneurs started their business with less than $5,000. In comparison, America’s amount of funding per a round for tech start-ups is increasing and the time between rounds is decreasing – implying U.S. start-ups are “burning through cash” (CB Insights).

Comparatively, Australia’s access to venture capital is improving and the government is expected to include new or modified tax concessions. However, at a time when global leaders are starting to get anxious about start-up valuations, the robust, capital-disciplined ones could soon be à la mode. Thus, is it time Australia embraced our battle-hardened background and economical foundations to create our own niche of start-ups?

What steps the government will take is yet to be known until the Innovation Statement is released in a few weeks. Nonetheless, in the meantime there are still steps individuals can take to embolden start-ups. The Research and Development (R&D) Tax Incentive is one option that is available for start-ups and provides companies with up to 43.5 cents back for every eligible dollar – even in cases where start-up firms aren’t yet paying tax. If your interested in learning more, have a read of our  Pointers for Start-Ups on Claiming the R&D Tax Incentive or contact one of our specialised R&D Tax advisors today.