Founded by Indigenous entrepreneurs Leigh Harris and Julie-Ann Lambourne, Digital Hive (DHIVE) aims to achieve social equality in the digital age. The innovation hub opened on May 3 and will enable Aboriginal and Torres Strait Islanders, refugees, recent migrants, people with disabilities or anyone with a social and digital disadvantage to participate in and contribute to the growth of the digital economy. 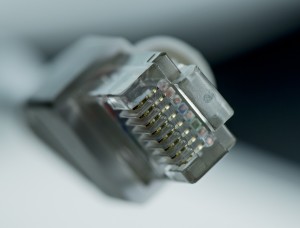 “We must be more innovative in the way we ensure that the benefits of the new digital economy don’t pass by those who are already missing out,” said Harris, who also developed Australia’s first Indigenous mobile app in 2006. The hub will provide connectivity to those who may not have Internet access at home, opening new doors by teaching digital literacy and supporting founders and innovators from diverse backgrounds.

Once digital literacy skills have been acquired, participants can then use their new skills to develop their own business opportunities as individuals or as part of a group. Initial ideas include augmented audio for the visually impaired and a platform to preserve Indigenous languages.

The idea for DHIVE came about six years ago when Harris was working throughout remote communities in the Torres Strait. Harris found that the issue was not just affordability but also the simplicity of having a connection. He decided to partner with Lambourne from the non-profit training agency enVizion, who already had clients and resources that were ideal for the project. The new digital hub is located in enVizion’s offices and will assist up to 50 people at a time.

DHIVE will collaborate with other organisations to run start-up and mentoring programs for students and entrepreneurs in far North Queensland. They have already announced several projects such as the Tinkering Tiddas workshop, which aims to engage Indigenous women in tech.

Harris hopes that the federal government will get involved with the project as well as corporate organisations, and they have already had expressions of interest from around the world, including companies from Silicon Valley. If DHIVE develops well, Harris and Lambourne will push for more indigenous-led digital hubs to be established in regional Australia.