Biotech Firms Warn Against Changes to the R&D Tax Incentive

There is a pervading fear in Australia that our best and brightest are failing to find opportunities locally and are instead vying for work overseas. ‘Brain Drain’, as it’s coined in public discourse, has subsequently become one of the key concerns for the Australian Government. Thus, as a response to dwindling innovation levels and in attempts to reverse the ‘brain drain’, the Australian government released the National Innovation and Science Agenda in December last year. 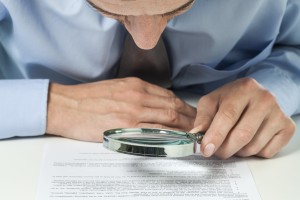 In launching the agenda, the Australian Government announced that they would be undertaking a review of the R&D Tax Incentive programme.  At present, the review is currently ongoing by a panel led by Bill Ferris and it is expected to report to Government in April 2016.  However, the announcement of a review has resulted in companies highlighting their concerns about changes to the initiative.

Specifically, companies within the biotech sector have recently warned against changes to the R&D Tax Incentive. Neville Mitchell, Chief financial officer of Cochlear, has debated that the behavioural impact arising from changes to the incentive should not be taken too lightly. Mitchell highlights that any alterations could considerably change investment behaviour in Australia. As noted by The Australian, Cochlear hopes that the outcome of the review will lead to certainty of the federal government’s taxation policy.

Likewise, CSL Limited emphasised apprehensions in their submissions to the review about changes to the initiative. David Lamont, Chief financial officer of CSL, cautioned that fluctuations to the tax incentive could weaken government efforts to grow the social and economic benefits flowing to Australians from science and innovation.

In specific, Lamont delineated in CSL’s submission to the R&D Tax Incentive Review Panel that Australia vied with several peer economies for R&D investment. CSL’s submission also underlined that the tax incentive was a substantial influence for commercial operations, such as CSL, to undertake R&D in Australia.

Fundamentally, this attitude mirrors Swanson Reed’s view that a long term commitment to the programme’s stability is the single best way to enhance its effectiveness.  As described in our previous blog post, any adverse changes may harm Australia’s reputation as a destination for investment in R&D.  Many overseas entities have invested in Australia based on expected future entitlements available under the R&D Tax Incentive.  Furthermore, the OECD has also warned against R&D tax policy reversals:

“For countries that have experienced a large number of R&D tax policy reversals, the impact of R&D tax credits on private R&D expenditure is greatly diminished. It is therefore important that governments do not repeatedly tinker with such policies to minimise policy uncertainty for firms.”

Essentially, companies need a stable legislative platform to provide them with the confidence to make long-term decisions in anticipation that support will be available.  Whilst there may be opportunity to enhance the efficiency of the R&D Tax Incentive; any changes must not adversely impact the fundamental structure of the programme, which provides a broad-based, easily accessed and significant incentive.