Home » News » Should Australia Focus on Collaboration or Competition to Boost Innovation?

Should Australia Focus on Collaboration or Competition to Boost Innovation? 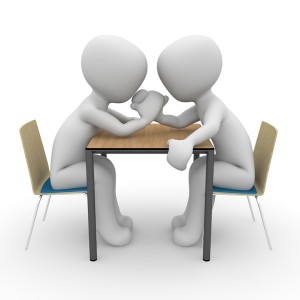 Certainly, one of the cornerstones of an open innovative environment is the ability to collaborate. As innovation processes become increasingly cooperative, new relationships among players in the innovation space emerge. However, what role does competition have in stimulating and facilitating innovation, if any?

Whilst some may believe competition is the polar opposite of collaboration, the interplay between the two can in fact enhance innovation. Philip Dalidakis, who was promoted in mid-2015 to Victoria’s innovation minster, has become somewhat infamous for being unapologetically competitive in luring start-ups and start-up events from rival Australian states.

However, Assistant minister for innovation Wyatt Roy has backed the Victorian government’s contentious scheme to poach other state’s innovation ideas. Roy believes that the rivalry within the nation will produce stronger policy creation and better outcomes. In specific, he notes, “I want Victoria to compete with Queensland. And I want Queensland to compete with New South Wales and Western Australia…It’s vital they are competing with each other to be innovation hubs. The only caveat on top of that is we’ll see specialisation. Victoria’s doing great stuff in cyber, and Queensland, we’re doing great stuff with the biomedical space and in software development. In New South Wales they’re doing incredible things in the fintech space.”

Nonetheless, there are sceptics who believe we must focus on one discipline, competition or collaboration. For example, Mr Husic, Labor’s shadow parliamentary secretary of digital innovation and start-ups, told The Australian he preferred to focus on collaboration rather than competition. Despite this, Roy describes that competitive tension could yield better results and there is room for more than one innovation hub in Australia. Thus, could a little healthy competition be just what Australia prescribed to push the innovation agenda?

Undeniably, there is empirical evidence that there is in fact a positive link between competition and innovation. Whilst the chain of cause and effect for innovation is complex, research has revealed that competition can enhance innovation. For instance, at a firm level, increased competition generally leads a company to innovate by seeking to offer new products or cheaper ways of doing things. In fact, research by Aghion, Bechtold, Cassar and Herz (2014) revealed that increased competition leads to a significant increase in research and development (R&D) investments by neck and neck firms.

Indeed, research and development (R&D) is a major input into innovation. However, it needn’t be purely driven by one factor or another. Ultimately, whether it is competition or collaboration driving innovation, the vital factor is that Australia is actioning ways to boost innovation. In a rapidly changing world that is becoming increasingly digital, putting innovation at the focus of the nation’s agenda is imperative.

To encourage innovation in Australia the government currently offers a generous R&D tax incentive for qualifying research activities. Swanson Reed provides specialist expertise across a wide range of industries and has assisted many clients attain tax cash savings under the R&D regime. Contact one of our specialist R&D Tax consultants to find out more about the scheme.