Home » News » Could the R&D Tax Incentive Help Us Make Our Own Luck?

Could the R&D Tax Incentive Help Us Make Our Own Luck?

“The Lucky Country” – the phrase alone has become shorthand for describing our weather, our lifestyle, and our history. However, has our good fortune deterred Australia from innovating? 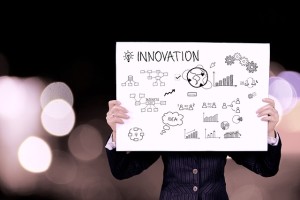 Certainly, there has been no short of articles lately about Australia’s lack of innovation on a global index. Boundaries are blurring and firms in every sector are changing their processes in drastically new ways. From mixing and matching technologies to remote monitoring and big data – digital disruption has had a wave of innovation impact across all industries. Hence, in the light of a digital revolution, does Australia want to be digging dirt or digging ideas?

As a response to dwindling innovation levels, the government is currently formulating its promised innovation agenda that will include more than 30 measures to enhance the new economy.  Most notably, the research sector is proposing that the agenda includes an overhaul of the R&D tax incentive to endorse cooperation between industry and the university sector.

However, the one incentive that has demonstrably delivered, even for small companies, is the R&D tax incentive. Prompting the question – why should the incentive change and could overhauling the incentive have dire effects?

There is no denying that universities, as a general view, have been believed to be all “R” and little “D”. Thus, better industry links and funding could perhaps assist in commercialising research.  In relation to the incentive changes, Australia’s Chief Scientist, Ian Chubb, urged the government to introduce a targeted grant system. In specific, Chubb suggested that Australia considers adapting overseas programs such as a Danish scheme that delivers vouchers of up to $100,000 to aid small to medium enterprises to cooperate with universities. By adapting rebates to smaller companies under the R&D tax concession, Chubb believes this would expand the number of business accessing the rebate.

Nonetheless, adversaries believe changing the current incentive could have unintended consequences of change. As it currently stands, the R&D tax offsets is one of the few existing examples of positive policy for businesses in Australia – indeed, the credits provide tax relief based on actual, eligible R&D spending. However, despite this, the changing of the R&D Tax policy is nothing revolutionary. In fact, in 2011 the R&D Tax Concession, which had offered deductions of up to 125%, was substituted by the R&D Tax Incentive, which offered different levels of tax offsets equivalent to a 150% deduction.  Moreover, further research into the history of Australia’s R&D tax incentives reveals that the drivers of change to the tax policy are not tax requirements,  but rather innovation strategies (Sadiq, 2010). As such, it seems that the tax regime is reformed as a result of the needs of the nation alternating throughout the 21st century.

In closing, tax concessions may not be the cure-all or the answer to each of Australia’s innovation problems – however, it seems injudicious to completely dismiss the tax system as playing a part in attaining the economic shift we are pursuing. Indeed, the tax system can be used to help overcome barriers to innovation by decreasing the cost of undertaking innovative activities. Whether or not tax concessions that promote university collaboration will foster innovation is yet to be known, but in today’s economic climate, should we more open to embracing change and ‘making our own luck’?