Home » News » Digital Disruption: A Threat or Opportunity for Mature Companies in Australia?

Digital Disruption: A Threat or Opportunity for Mature Companies in Australia?

Gone are the days of playing limbo with landline cables, stretched to their limit, allowing us to hear the daily symphony of modem dial-up. Indeed, digital innovation has accelerated furiously over the past couple of decades. However, what does this mean for the established, mature Australian company? 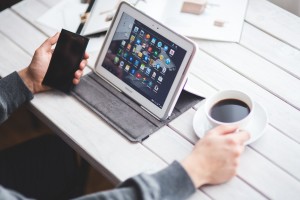 There is no denying that Australia’s timeworn corporate companies are a significant part of our economy. In fact, just observing the ten biggest companies on the ASX 200 index reveals the domination of mature companies. For example, CBA, who ranks as number one on the list, is actually 103 years old and the remaining nine all originated in the 1800’s – 1900’s. In contrast, this is vastly different to the United States top companies, who observe an even split between established 19th century corporations and contemporary digital companies – with the three biggest being no older than forty.

Indeed, by just viewing our ASX 200, it would appear that creative destruction because of a digital revolution is not happening at the very top. On face value, the established companies actually appear to be in a relatively secure position. However, one of the most cited examples that may strike a chord of fear in older companies is Kodak. In 2012, Kodak was forced to enter bankruptcy reorganisation as a result of its failure to adapt to the digital photography revolution. In addition, the rapid rise of the iPhone cost Nokia its prominence in the market. Hence, like Kodak, who was 132 years old, are mature companies poised, like an old photo, to fade away?

Undeniably, businesses are moving at an accelerated pace and bigger companies are facing threats from smaller, digital competitors. Today, few companies can escape the all-pervasive impact of digital disruption as it streamlines business relationships, overhauls logistics processes and revolutionises markets across every sector. Yet, when an organisation matures to a medium or large concern, it can lose some of the innovative drive which brought its success, and thereafter begins to fade. Innovation, by its very nature, involves taking risks and older corporations become increasingly risk averse over their life spans.

Consequently, whether our biggest companies avoid or embrace creative destruction over the next decade or two remains to be seen. However, Australia could benefit from playing to our strengths and leveraging our past in this ‘digital revolution’ that is upon us. As a nation, we are overstating our abilities if we believe we would be able to lead in every area of digital technology. Rather, like Israel, which has developed core technology skills in cyber security, Australia has natural areas of core capabilities that we can exploit. In resources, in biomedical science, in solar energy and even in our mature companies.

Thus, whilst the government can’t create innovate ideas, it can create an environment that allows them to foster and grow. For instance, by creating a focus on local research and development (R&D) that involves developing local expertise and implementing further tax breaks to encourage companies to remain here. The Innovation Agenda, due for release next month, is expected to include changes to R&D tax breaks. Whilst this is optimistic for smaller companies, larger companies should not feel threatened by the digital revolution – in fact, many technologies allow firms to experiment in small scalable ways. Furthermore, as the scheme currently stands, the R&D tax incentive still allows companies to gain generous benefits from research and development activities. Swanson Reed is a specialist R&D firm that can assist organisations with maximising the tax benefits associated with their investments into research and development. Contact us today to find out more information and if you’re eligible.