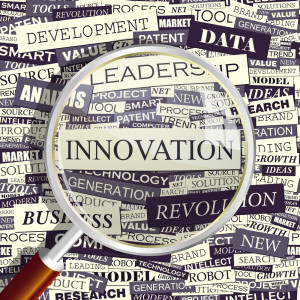 Indeed, we are now entering a new era in which technology, research, and ideas will become our most valuable cargo. Successfully leveraging these changes will ultimately require a social focus on innovation, collaboration, and digital disruption. In regards to this, as Australia quickly approaches an election on July 2, major parties have been announcing excerpts of their policies as the month progresses. However, despite both major parties agreeing on the need for Australia to transition to an innovation-focused economy, are either parties making light of these promises?

To begin with, the liberal party, headed by Malcolm Turnbull, released the innovation statement in December 2016. The proposal unveils a $1.1 billion plan to foster innovation with 24 new measures across 11 different Government groups. Certainly, the plan is wide-ranging; yet, it falls short on delivering a globally competitive long-term model. The $1.1 billion program is only for four years and the bulk of the government funds – $459 million – is reserved for long-standing major research infrastructure and related programs. For example, the Australian Synchrotron (operating since 2007), Square Kilometre Array (2011) and National Collaborative Research Infrastructure Strategy (2004).

In contrast, the opposition (labour) has made additional announcements, despite largely supporting the government’s innovation agenda. Earlier this month, Labor leader Bill Shorten announced plans to reduce the rates of the research and development (R&D) tax offsets, in a bid to “support some measures” and “improve the budget bottom line”. To elaborate, if he becomes Prime Minister next month, Shorten’s plan is to resuscitate former Prime Minister Tony Abbott’s stalled R&D Tax Incentive Bill, which was defeated by the Senate in March last year. In regards to innovation development, labour proposes to establish a $500 million Smart Investment Fund to provide matching funding to venture capitalists over five years, similar to the Innovation Investment Fund scheme established by the Howard government.

Thus, despite both parties making innovation a hallmark of their campaigns, the two major parties have ultimately fallen short on delivering long-term policies – strategic frameworks that exceed the length of a single parliament.

Take, for example, the Australia’s Innovation System Report, handed down from the Senate Economics References Committee in December 2015 in the lo. The report recommends key policies for supporting Australia’s innovative future in the long-term. To elaborate, key recommendations within the report include:

In regards to the first recommendation, the government hasn’t committed to a 3 per cent of GDP R&D target but the opposition has, setting a 2020 target. Prompting the question, why isn’t a government that is committed to guiding the nation through a challenging period of economic change spending more on R&D?

Top rating innovative countries have historical rates of R&D in excess of our current 2 per cent spend. To be specific, Australia’s R&D spending equates to  2.12 per cent of Australia’s GDP. Whilst Australia’s spending is just above the OECD average of 2.02 per cent, countries with strong international reputations for innovation spend a minimum of 3 per cent of GDP on R&D per annum. For example, South Korea, a global leader in R&D, spends 4% of GDP and Isreal, deemed the start-up capital of the world, likewise spends 4% of GDP.

Overall, if we’re serious about anticipating the changes to the long-term structure of the Australian economy, a long-term innovation policy is a necessity. Research and development (R&D) is one of the key drivers of innovation as it leads to the creation or improvement of products, processes or systems. Hence, innovation in terms of R&D could largely benefit the Australian economy – particularly in regards to global competitiveness, lowering processing costs and future environment considerations.