Home » News » A Future with Robots

A Future with Robots

One of the greatest strengths of the human race is our continual practice of innovation – we are always creating newer, better, faster and safer ways of completing the tasks and challenges we face. As robots have become a major topic of conversation many have begun to wonder; will robots be another success for humanity or a colossal disaster?

Well, first we must determine what exactly is meant by the term robot. A robot is a motorised mechanism or tool that carries out programmed tasks automatically. Before you begin to picture one of the many catastrophic movies ending in robot domination let’s take a look at what robots are available today. Some examples you may be aware of are automatic vacuum cleaners in both the pool and indoors, production line robots made to perform repetitive tasks, heavy lifting robots used in industrial scenarios as well as medically to lift patients, military drones, scientific data collection robots and even toy robots. 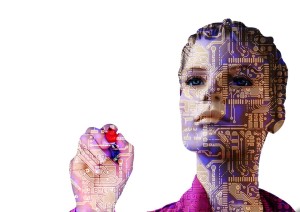 Where is Robot Technology Heading?

One area that is seeing a huge jump in robotics is the medical field. As many countries are witnessing decreased reproduction rates there are fewer numbers to take care of the elderly. To counter this neglect, Tech Insider wrote that Japan has begun to create robot caretakers for their elderly population. These bots have greater strength to lift and carry patients as well as to continually monitor and report on their conditions. In broad terms, robots are incredibly useful for managing risk factors and refining the processes they perform making task completion increasingly efficient. This is useful in production, construction, medical care and military operations.

While robots can protect human life by performing beyond human capabilities in dangerous work zones, this is also a prime example of the flip side of the coin. Robots have already been replacing people in the production line and are expected to continue replacing humans as technology is refined and expanded.

Robots are also beginning to become part of the human body, replacing and enhancing functionality, although the balance and reaction system within humans is proving difficult to duplicate. Similarly, programming systems such as self operating cars to make ethical decisions is a challenge as the human brain processes many factors within seconds when faced with a decision. As an example, a car system would not be able to ethically choose between colliding with one of two obstacles like a child or a bus in the case of an accident where a human could instantly analyse the implications. So, while there are leaps and bounds being made there is still a long path ahead for robotics.

Planning for a Future with Robots

Now that you have the image of robotic world domination spinning through your mind – think again. While robots do harbor artificial intelligence programs it is important to remember that people program the functionality of the robot. With that in mind many educators have begun to question the relevance of mainstream careers and jobs in the next few years posing questions such as – What should we prepare our students for? What skills will they need? Which jobs will not be replaceable? What are the new careers that will emerge?

As technology continues to innovate our social and business practices will be forced to innovate. Undoubtedly new jobs will be created and we will adjust to thrive in our changing environments. One thing however is certain, there will always be products and systems to improve with innovation to keep us on our toes.

Whether you are designing robots or innovating perfume technology, if  you would like to discuss the R&D Tax Incentive further, please do not hesitate to contact one of Swanson Reed’s offices today.