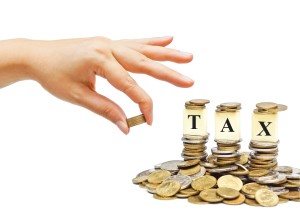 Innovation has become progressively debated in public discourse of late, leading to a significant focus on the R&D Tax Incentive in the last 12 months. This week, however, a positive development was made that will no doubt be welcomed by the innovation ecosystem in Australia.

To clarify, a proposed 1.5% cut to the R&D Tax Incentive under the Tax and Superannuation Laws Amendment (2015 Measures No. 3) Bill 2015 will not ensue – the Bill before the senate has lapsed and will not be proceeding.   The proposed figures, had the Bill passed, would have seen the R&D tax incentive percentage reduce from 40% to 38.5% for large companies and from 45% to 43.5% for smaller companies with turnover under $20 million.

The Bill, first introduced in May 2015, has created substantial business uncertainty around the program as the cuts were to be retrospective from 1 July 2014.  Thus, the lapsed amendments help provide a more definite, steady and dependable policy context for innovation and R&D to flourish.

Nonetheless, whilst the R&D Tax Incentive remains the same today, a review of the scheme is currently underway and it is expected to report to Government by the end of April 2016. Hence, the lapsed Bill is, with hope, an indication of an ongoing commitment to R&D across all political parties as any alterations could considerably change investment behaviour in Australia. To elaborate, David Lamont, Chief financial officer of CSL, has cautioned that fluctuations to the tax incentive could weaken government efforts to grow the social and economic benefits flowing to Australians from science and innovation.  Fundamentally, this attitude mirrors Swanson Reed’s view that a long term commitment to the programme’s stability is the single best way to enhance its effectiveness.  As described in our previous blog post, any adverse changes may harm Australia’s reputation as a destination for investment in R&D.  Many overseas entities have invested in Australia based on expected future entitlements available under the R&D Tax Incentive.

Indeed, alterations to the R&D tax initiative could produce a barrier to innovation in Australia and the stability of the R&D tax incentive scheme over time plays an important role on R&D expenditure. In 2015, 28 out of 32 OECD countries were using R&D tax incentives to support business R&D. Thus, Australia needs to maintain the R&D Tax Incentive and resist further changes to the program to remain a globally competitive and attractive location for R&D.  In fact, the refundable (‘cash out’) component of Australia’s R&D incentive is the most generous when compared to other OECD countries around the world. Overall, in its current form, the R&D Tax incentive is an easily accessed and significant program and the structure of the program should not be altered too drastically. As noted above, hopefully the lapsing of the Bill and the continuation of the scheme’s framework is a sentiment that will also be reflected in the findings of the recent review.