Highlights of the Innovation Statement

“Innovation” – the term has essentially become shorthand for all that encompasses future business in Australia since Turnbull’s rise to Prime Minister in September. From doubling investments in research and development (R&D) for clean energy to making coding compulsory in schools, Turnbull has vowed to put innovation at the heart of his Government’s agenda. Today, the first major economic statement towards making this goal a reality was released. The Innovation Statement, pitched as a blueprint for transforming the Australian economy, unveils a $1.1 billion plan to foster greater innovation with 24 new measures across 11 different Government portfolios. The key aspects of this report have been outlined below.

Amidst the changes is a boost in funding for the CSIRO, which incurred $110 million in funding cuts in the 2014 federal budget. Over 10 years, there will be a $200 million CSIRO Innovation Fund formed  to co-invest in new supplementary companies and existing start-ups that cultivate technology from the CSIRO and other public research agencies and universities.

Indeed, allocating a portion of government expenditure to fund R&D and commercialisation of innovation with smaller companies may encourage partnerships, data and opportunities to construct an ecosystem that aids our government produce world-leading technology rather than consuming foreign innovation.

Tax Exemptions and Incentives for Investors:

Moreover, in order to entice everyday investors away from real estate and shares, the Turnbull government will provide a 20 per cent income tax rate for retail investors, capped at $200,000 per investor per year. However, the government’s 20 per cent rebate is non-refundable, hence those who do not normally pay tax, like self-funded retirees, will not qualify.

In addition to income tax rebates and CGT exemptions, there will be a 10 per cent tax rebate for venture capital investors in established start-ups wishing to expand. The classification of an eligible start-up is yet to be elaborated but current details reveal that it must have been incorporated in the past three financial years, not listed on any stock exchange, and have expenditure and income of less than $1 million and $200,000 the two previous years correspondingly.

The Innovation Statement proposes favourable changes to tax treatment for the acquisition of intangible assets such as patents, trademarks, copyrights and business models. There is a new option to self-assess the tax effective life of attained intangible assets and an option to continue using the prevailing statutory effective life of the asset. Faster depreciation will entice business to investment in these assets, allowing companies to better exploit and commercialise them.  These changes will apply to assets acquitted from 1 July 2016.

The government has noted that the lack of long-term funding for science has been one of the greatest obstacles in engaging and retaining talent, thus the federal government will add approximately $3 billion into research facilities and scientific programs over the next decade as part the extensive innovation policy. Most notably, $500 million over four years, or about $3 billion over 10 years, will be put towards restoring funding cuts and ensuring continuing certainty for Australia’s premier institutions and projects.

In relation to this, there will be a $250 million Biomedical Translation Fund to co-invest with the private sector to commercialise medical research. Moreover, the government will guarantee the National Collaborative Research Infrastructure Strategy (NCRIS) $1.5 billion over the next decade for projects such as ocean monitoring, advanced manufacturing and medical research.

In addition, the Australian Synchrotron will receive $520 million and the Square Kilometre Array telescope will receive $294 million. The government is also introducing a $19 million ‘Business Research and Innovation Initiative’ which aims to transform Government procurement. The initiative aims to stimulate small and medium enterprises to develop more innovative solutions for vital policy and implantation problems. The government will pilot a series of ‘challenges’ relative to this and the initiative will launch on 1 July 2016.

The tools for funding university research are being abridged, with more emphasis on industry collaboration and less on distributing articles in academic journals. The six existing block grant schemes will be condensed into two, with identical evaluation for research excellence and income from industry. Furthermore, the government will add $127 million in funding for university research over the next four years.

The report highlights that STEM skills will be expanded and a greater emphasis will be placed on it throughout schooling. In particular, the government will add $84 million over the subsequent four years to encourage participation in Science, Technology, Engineering and Maths (STEM). This encompasses funding to upgrade teachers’ digital abilities, educational applications (apps) and $13 million to boost the participation of females in the STEM sectors.

Additionally, the government will devote a $51 million package over five years aimed at increasing coding activity in schools. Measures include online computing challenges for Year 5 and 7 students, ICT summer schools for Years 9 and 10 annual ‘Cracking the Code’ national competition for years 4 to 12 and support for teachers to increase IT-related activity in the classroom.

In a bid to shift Australia’s culture to be one which embraces failure, changes to bankruptcy laws have been put in place to encourage Australian’s to try an idea – even if it might fail. The modification allows entrepreneurs to start another business one year after a bankruptcy rather than having to wait three. The government is also introducing a “safe harbour” for directors from personal liability for insolvent trading if they appoint a professional restructuring adviser to help turn around their company. Lastly, the “ipso facto’ contractual clauses that allow an agreement to be terminated solely due to insolvency will be banned.

Reforms to visa rules have been initiated to make it easier for start-ups to hire entrepreneurial talent. There will be a new visa category to entice entrepreneurs and tech-skilled workers to Australia, and proposals of permanent residency for superior foreign students who graduate in information technology, and Science, Technology, Engineering or Maths (STEM).

Indeed, the time has come for Australia to embrace the age of technology disruption and innovation. Despite being coined by the government as a “complete game-changer for our country”, the modifications surrounding the Innovation Statement will be significantly based on execution in 2016. Hence, whether we sink or swim in the deep sea of innovation will be largely based on the government’s manoeuvres in the coming months.

Lastly, the Innovation Statement did not appear to proposition any alterations to the R&D Tax Incentive directly. However, there is a proposal to form a new independent body, Innovation and Science Australia (ISA), who is expected to conduct a forthcoming 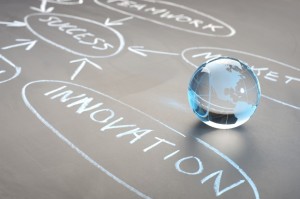 review of the R&D Tax Incentive which may lead to future changes. In the interim, as the R&D Tax Incentive currently stands you may eligible for generous tax benefits – whether you’re a start-up, small company or established business.  Swanson Reed provides specialist tax expertise transversely to a broad range of industries and has assisted many clients attain tax cash savings under the R&D regime. Contact one of our specialist R&D Tax consultants to find out if you’re eligible.

The National Innovation and Science Agenda Report can be found here.