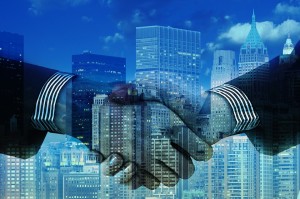 Tech leaders Google, Facebook, Microsoft, Amazon and IBM have joined forces to form the Partnership on Artificial Intelligence to Benefit People and Society (Partnership on AI) announced in September.

Just as the name suggests the organization will carry out research and development on artificial intelligence with the fundamental purpose of identifying potential AI challenges for people and society. The partnership hopes that their discoveries will effectively self-regulate the industry independent of government intervention.

Why Be Apprehensive of AI?

Artificial intelligence has enabled major improvements in areas such as manufacturing and transportation, as well as education and healthcare. Despite these developments many people are increasingly uncomfortable with the idea of increasing intelligence in machines designed to think and problem solve independently.

Among experts in the industry, the concern is that these intelligent machines will continue to learn from their environment, eventually outsmarting humans. Two of these people are Elon Musk and Stephen Hawking – both who have warned of the destruction of the human race. Nick Bostrom, a professor at Oxford, believes these machines will supersede humans within decades.

Goals of the Partnership on AI

LeCun, Facebook’s AI research director, has said, “We aim to push new boundaries every day, not only within Facebook, but across the entire research community. To do so in partnership with these companies who share our vision will help propel the entire field forward in a thoughtful responsible way.”

Designated areas of research highlighted in Business Insider include;

The interview also included an eight point plan to benefit and empower as many people as possible, actively engage stakeholders and the public, open research to dialog, address challenges and maximize benefits, allow information to be interpretable and accessible, and to create a beneficial culture of openness.

The partnership has agreed to include academics, non-profits and other organizations such as Open AI, AAAI and AI2 in their research and findings.

While we know many of our readers are most likely not performing research and development with Elon Musk or developing dogs with artificial intelligence, you may still be eligible to receive benefits from the R&D tax incentive.

Many companies deem themselves ineligible before reading the requirements.