Is Innovation Growth Suffering in Australia?

During the 2016 Australian Financial Review innovation summit this past week, Dr. Alan Finkel Australia’s chief scientist, spoke to the imbalance of government spending on innovation.

“If science turns money into knowledge – then innovation turns knowledge back into money,

and generally a lot more money than the taxpayers put in.”

While referring to the potential gains of innovation investment from the government, the Doctor proceeded to share a shocking statistic that industry leaders such as, “Apple, Google, Microsoft and Amazon … spend more than,” Australia’s federal government on R&D in the past year. 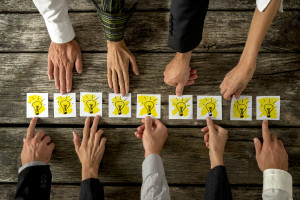 Apple committed 3% of its net sales for the 12 months ending September 2015 which came to a grand total of $8.07 billion USD. In comparison, Australia’s federal government committed 0 .4% of the nation’s GDP to R&D in 2015.

Also at the innovation summit,  Greg Hunt, the Minister for Industry, Innovation and Science gave multiple speeches in support of growth and continuing industry support saying, 60% of national productivity is driven by innovation and innovation within companies has increased by 37% in the past 8 years. However, in the same week we witnessed PM, Malcolm Turnbull, threaten to reduce R&D incentives by about $1 billion.

With Australia falling 19th in Innovation rankings worldwide we can only question the growth of the economy. Will the government see the immense value in supporting a country craving opportunities for innovation? What does this mean for an economy trying to move away from dependence on mining?