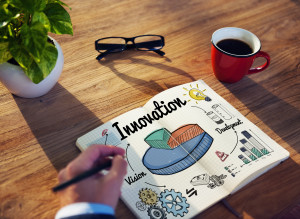 ‘Innovation’, the term alone has somewhat formed a place in the Australian vernacular in recent months. The buzzword skyrocketed into popularity when Prime Minister Malcolm Turnbull issued its National Innovation and Science Agenda in December, detailing plans to increase innovation, entrepreneurship and reward risk tasking. Now, according to the latest details provided by the Australian Intellectual Property Report 2016, innovation has become more than just political jargon and is actually on the rise by Australians – both locally and abroad.

To summarise, The Australian Intellectual Property Report 2016 provides a detailed breakdown of the nation’s intellectual property (IP) trends. The figures in the recent report indicate innovation and entrepreneurship in Australia are increasing; in 2015, patent applications grew by 10 percent; trademarks saw the best growth in a decade, increasing by 14 percent; and design applications peaked totalling 7,024 applications, a 6 percent increase from the 5 percent dip in 2014.

Given these points, Assistant Minister for Innovation Wyatt Roy said the positive growth across all areas indicates innovation is at work. Specifically, he notes, “The figures indicate a strong rise in the number of entrepreneurs and businesses protecting their IP in Australia.”

In summary, Australia does appear to be on the right track towards innovation. Aside from the results in the IP Australia Report and the Innovation Agenda, Australia also boasts a stable government, a strong economy, generous research incentives, a skilled workforce and excellent research capability. Local infrastructure, such as the banking system, regulatory environment, tax incentives and telecommunications, makes it easy to do business here. For instance, the government provides a lucrative Research and Development (R&D) Tax Incentive which is highly effective in aiding rising companies in promising future industries.  In fact, when juxtaposed against other countries, Australia has one of the most generous R&D Tax Incentive programs.