Home » News » Lessons from Berlin: What the Innovation Statement is Missing

Lessons from Berlin: What the Innovation Statement is Missing

With street’s littered with graffiti to warehouses, beer gardens and an abundant supply of bratwurst and beer. There is no doubt about it; Berlin is the essence of being unintentionally hip. While Silicon Valley may be the start-up mecca of the world, Berlin has experienced rapid investment dollar increases resulting in a vibrant start-up scene and a burgeoning tech hub. Prompting the question, what could Australia learn from Germany? 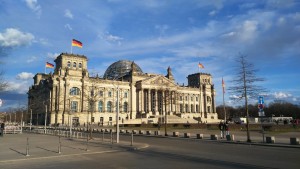 Berlin has become the epicentre of Germany’s start-up scene due to prosperous tourism industries, inexpensive rent and the halo effect of a network of research institutions. The German capital, described by former mayor Klaus Wowereit as “poor but sexy”, over took London as the top destination for venture capital in Europe for the first time this year, attracting €1.4 billion in the first half of 2015, according to Ernst and Young. Undeniably, these excellent results reveal there is much Australia could learn from Germany’s success.

In particular, Marie Bohmer, Germany’s Minister of State, emphasised research links to industry as a division where Australia could learn from Germany. She distinguished that while Australia has an international notoriety for academic research, “the central question for Australia is how do you transfer research to the private sector’’. German government spending on research and innovation is 0.91 per cent of GDP, compared to 0.44 per cent for Australia. This is further magnified by extensive industry spending in Germany, majority of it through public research bodies, enlarging the spending on research total to 2.7 per cent of GDP. Indeed, Germany has become somewhat famous for its success in applied research, connecting publicly funded scientists and universities with industry.

Certainly, in devising the innovation statement, the government did draw on approaches that have worked from around the world, from Silicon Valley to Israel and Germany. To be precise, Germany’s enthusiasm for start-ups and for making publicly funded research more responsive to industry is reflected in the Innovation Statement that was released last week.

Whilst these musings from Germany are a great addition to Australia’s innovation agenda, is there other elements of the German Innovation Model we should be following?  Turnbull has preached his ideology to replace the Australian mining boom with an ‘ideas boom’ – a boom which is meant to be more perpetual. However, is this the best way to go about it – should we be ditching our past for an new ideas boom?

Much of German innovation encompasses infusing old products and processes with fresh philosophies and competences or recombining fundamentals of old, stagnant sectors into new, effervescent ones. Germany does not only strive to create new industries, but it also permeates its existing industries with innovative ideas and technologies. There is no denying the fact that mining is a big industry with a global presence and it is potentially one industry that Australia can apply innovation too and effectively implement it. Furthermore, in the past 20 years, Mining Equipment, Technology and Services (METS) sector has greatly evolved in Australia.  For example, in 2013 there was over 1,000 METS firms with a turnover in the A$70-90 billion range and employing more than 300,000 people. Furthermore, in the 2012 financial year, the mining sector invested at least A$1.5 billion in research and development (R&D).

Therefore, instead of abandoning our past for an ‘ideas boom’, should we be leveraging our history, and like Germany, infusing old processes with innovative ideas? Hence, when faced between digging dirt or digging ideas, perhaps the best move forward is embracing both.