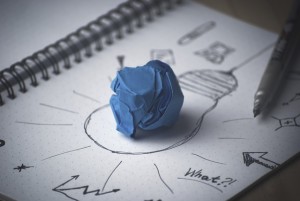 At a time when aging populations and the environmental challenges of climate change are in need of innovative solutions the decline in public-backed science and technology research is a concern. Data from the Organisation for Economic Co-operation and Development (OECD) shows the first fall of R&D spending in government and higher education in 2014 since the organisations conception in 1981.

The OECD Science, Technology and Innovation Outlook Report showed increased R&D spending from 2000 in Korea, Japan and Germany while Australia, the UK, the US, Finland, Italy, France and Spain have decreased spending. Owing to the financial recession, overall government spending in OECD countries has been in decline since 2009.

With the combination of competing policies such as pensions, health and social care and the annual loss of tax revenue, conservatively estimated between $100 billion USD to $240 billion USD, the OECD says the warning signs are there. The organisation expects to see a greater decrease in government-backed science.

As budgets are increasingly tight, governments are increasing the use of policies that do not require short term public spending, partial public procurement and tax incentives for R&D and innovation.

Also, the increase in philanthropists, charities and foundations funding research has helped to balance the government drop off. As an example, these funds are estimated to support about 30% of annual research in leading US universities.

The OECD has noted that specialisation might be a key element within the recent climate. As the US devotes 24% of R&D spending to health, Canada, England and Luxembourg focus about one fifth of their budgets, and countries such as Mexico, Japan and Korea focus on energy.

Universities Australia reported that of the $27.7 billion Australian dollars spent on research and development between 2008 and 2009, over 60% was business R&D, 24% was by higher education and the remaining 12% was by the government. The report also stated Australia’s R&D spending was 2.20 percent of the country’s GDP, which was 0.18 percent lower than the OECD as a whole. It may be time for Australia to consider a specialisation technique as suggested by the OECD.