How R&D Spending Correlates to Innovation 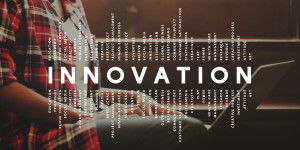 From 2015 to 2016 North America increased R&D spending by 8% rising close to $300 Billion as Europe, Japan and the Rest of the World including Australia fell by 9%, 8% and 3% respectively and China rose by 19%. Many of 2016’s Most Innovative Companies invested over $8 billion in R&D (research and development) this year as calculated by Strategy & Business.

As displayed by the recorded spending not all Top 10 Innovative Companies of 2016 were ranked in the Top 20 for R&D Spending in 2016, however, each company did perform R&D.

Innovation is supported within the cultures of these leading companies in part by the support of the R&D tax incentive. The research and development tax incentive seeks to foster innovation and growth making R&D possible for SMEs as well as large corporations.

Read about eligibility to find out if you qualify for the R&D Tax Incentive.