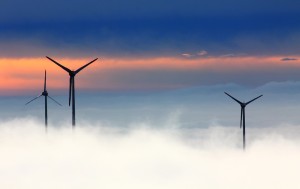 As Australia’s government prepares to cut spending in order to repair the budget the Omnibus bill has been proposed, including in it a $1 billion cut to the Australian Renewable Energy Agency (ARENA) which will effectively eliminate the agency. Without ARENA funding R&D, renewable energy research will grind to a halt as the policies and cuts being proposed have the potential to set the country back roughly 30 years.

The World is Taking Notes

For many this is a warning of the true intentions of the Australian government as fossil emission continue to rise, contradicting the outward appearance of forward thinking. In comparison with Australia’s G20 counterparts the country was ranked as the poorest performer in the G20 climate scorecard. The categories Emissions and Trends, Carbon Intensity, Share of Renewables in TPES and Climate Policy were marked very poor and the other four categories marked poor giving Australia’s performance an overall score of Inadequate.

As Australia has no option but to increase foreign dependency on nonrenewable energy in the future many are incredibly concerned by the long term implications of this short term budget proposal. Economists have warned that this dependency opens Australia to increasing external control and potential shortages of energy as well as basic goods.
With this in mind, it is no surprise that the letters have been pouring in from renewable researchers and industry leaders fighting against budget cuts in order to maintain the small amount of renewable growth that has occurred within the past few years.