Home » News » Could a ‘Start-Up Mentality’ Drive Innovation in Australia?

Could a ‘Start-Up Mentality’ Drive Innovation in Australia? 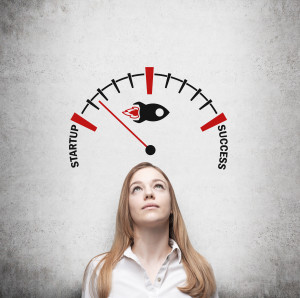 “Embrace technology disruption” – the phrase has been heavily bandied about in public discourse lately after Turnbull announced the expression in his first statement after being elected Liberal leader last year. Although generally pertaining to the topic of Turnbull’s ‘Idea Boom’ or about shifting the culture of Australia, a new report reveals Australian small and medium-sized enterprises (SMEs) have already been embracing the technology disruption over the past year.

The biannual MYOB Business Monitor, released earlier this year, surveyed over 1,000 Australian SME business owners and discovered investment in technology by SMEs has increased over the last 12 months. Certainly, technology can drive innovation and assist SMEs to do business more efficiently.

To this end, many businesses in Australia can learn from having a ‘start-up mentality’. Results from a recent Commonwealth Bank research report found that innovation is valued more by smaller Australian businesses than larger ones. Adam Bennet, Commonwealth Bank’s group executive of business and private banking, said that the findings show a need for mid-size businesses to think more like start-ups when it comes to innovation. Likewise, in a recent report by the IMD World Competitiveness Yearbook,  Australia’s global competitiveness descended to a rank of 18 — indicating a concerning decline over the last five years. Thus, our ability to innovate and cultivate a resourceful workplace is becoming more vital as our economy shifts away from the traditional mining and resource sector.

Overall, to transfer innovation into reality, business leaders need to invest in the skills, systems, processes and collaboration structures that will make it a national competency. According to BRW, Australian CEO’s are beginning to include innovation on their agenda, recognising the inherent link between innovation, higher performance and a global competitive advantage. Certainly, in Australia’s favour is an educated workforce, robust national balance sheet, quality institutions, use of IT and good physical infrastructure. However, to compete in a global market, companies must differentiate themselves by leveraging innovation, technology and human capital.