TD 2014/15 – Treatment of Design Expenditure relating to an Asset

The ATO recently issued TD 2014/15.  This Tax Determination relates to the R&D tax incentive and discusses the treatment of expenditure incurred by an R&D entity during various design stages (Design Expenditure) connected with it beginning to hold a tangible depreciating asset, where that expenditure also falls within the terms of section 355-205 of the Income Tax Assessment Act 1997 (ITAA97). The determination addresses the question of when to include the Design Expenditure in the first element of the cost of a tangible depreciating asset.

This issue is relevant to R&D entities designing or constructing an asset. Ordinarily, expenditure incurred in relation to eligible R&D activities that have been registered for the relevant income year may be notionally deducted under section 355-205 of ITAA97. However, expenditure included in the cost of a tangible depreciating asset for the purposes of Division 40 is excluded from being claimed under section 355-205 by paragraph 355-225(1)(b) of the ITAA97.

Typically, an asset begins to be ‘held’ by an R&D entity at the time that the construction has been completed. It is at this time that the Design Expenditure is tested for whether it is included in the asset’s first element of cost for the purposes of Division 40. The decision whether to include the Design Expenditure in the cost of an asset is a question of fact and degree, and will depend largely on identifying the final shape, features and performance elements of the particular completed asset.

The asset may take several years to design and construct, which may result in a decision being made in relation to the final treatment of the Design Expenditure several years after the expenditure was incurred. At this stage, an entity may need to re-evaluate whether or not amounts claimed under section 355-205 are deductible under that section for the completed asset.

R&D entities that claim expenditure in relation to the design or construction of tangible depreciating assets should review the treatment of their Design Expenditure for these projects within the context of this determination. 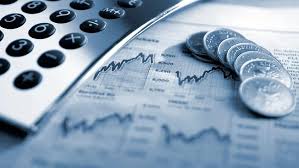