Home » News » How Can Companies Cross the ‘Valley of Death?’

How Can Companies Cross the ‘Valley of Death?’ 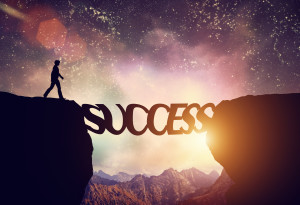 The valley of death, whilst the expression may spur images of dystopian lowland, the meaning is far less sinister – nonetheless, bridging it can be a nightmare. For those who are unaware, the commercialisation of innovation is often caricatured as the melancholic term, ‘the valley of death’.

In relation to this, the 2015 Australian Innovation System Report, released last year by the Department of Industry, Innovation and Science, stated that Australia is exceptional when it comes to research, but the nation is still struggling to commercialise its innovations. The report was launched by Bill Ferris, chair of Innovation Australia, who noted our lack of commercialisation risked squandering opportunities created by our highly credentialed research and development (R&D) platforms. In fact, the nation is struggling to stay within the top 30 OECD nations in terms of any commercialisation metrics. In addition, chief findings in the report reveal that Australia is highly ranked as an early adopter of others’ innovations and a particularly good modifier. Yet it ranks feebly in new-to-the-world and new-to-the-market innovations of its own.

Thus, instigating the question, can Australia simply prosper as a nation of early adopters?

Certainly, a reputation as early adopters of technology is not the worst to have, however to gain competitive edge on a global scale our businesses need to fully harness emerging technology trends. But we are wrong to think that we as a nation must make a choice between leading or following innovation. If we only plan to lead, we are most likely overstating our abilities as a relatively new contender in the tech sphere. The key is balance.  Behaviour in other countries suggests that public policy, like tax breaks, can make a transformation to the way businesses, employees, society and researchers act towards innovation. This is particularly important, given that the 2015 Australian Innovation System Report stated that 75 percent of all Australian business have ‘siloed’ or have no innovation culture at all. Indeed, progress will always require the spark of creativity and innovation, however, it also benefits from an environment and culture that nurtures ideas.

Consequently, crossing the valley of death requires not just focusing on inventions, start-ups and creativity but also having a holistic business focus on commercialisation and improving individual businesses market orientation. The level of market orientation found within a business and its ability to be proactive in pursuit of market opportunities has been identified as playing a significant role in enhancing new product development and overall innovation (Vazquez et al. 2001).

In light of this, there are opportunities for the government to increase market orientation and innovation through research incentives and further tax breaks. As it currently stands, the government provides a lucrative Research and Development (R&D) Tax Incentive which is highly effective in aiding rising companies in promising future industries.  In fact, when juxtaposed against other countries, Australia has one of the most generous R&D Tax Incentive programs. In particular cases, it offers a 43.5 percent refundable tax offset for R&D expenses in the form of annual cash rebates to companies that have less than $20 million in revenue and file tax returns in Australia. Essentially, a cash back benefit can provide a financial injection to help companies  that are often cash-strapped. As the deadline is a little over a month away, it is recommended that businesses check eligibility and seek the advice of an R&D Tax Specialist in order to take advantage of the possible tax benefits.