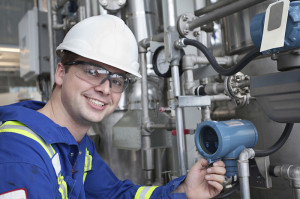 Western Australia’s manufacturing sector could be shaken up as the state’s peak business lobby looks into boosting the international competitiveness through significant reforms. Some of the proposed changes include slashing the company tax rate to 25%, increasing R&D incentives and privatising electricity assets. Further, the Chamber of Commerce and Industry of Western Australia (CCIWA) is releasing a key report on Thursday, titled The Future of Manufacturing, following the decade of significant expansion in WA that benefitted manufacturers. The report entails its recommendation to also lift the payroll tax threshold to $1.5 million and hand over Industrial relations powers to the Commonwealth to create a national system that would also require reform.
Over the past ten years, local manufacturers have grown on average 4.8% a year, compared to 0.4% a year nationally. Western Australia’s manufacturing output was only 0.1% less than its mining output for the same period, however as iron ore and oil prices are currently tumbling; many manufacturers connected to WA’s resource industry are feeling the heat.

Deidre Willmott, CCIWA’s CEO, said the WA government must act to deliver policies that will increase the sectors international competitiveness; “We can’t say they are ok simply because they grew during an extraordinary period of economic growth. We need to look toward the future and know that the fundamentals are right for these businesses to continue supplying and supporting both local and global markets”.

Perth-based company, MAK Water, competes in the water systems business against cheaper Chinese manufacturers. With custom designs and a faster delivery system, MAK Water maintains clients worldwide, however MD Andy Byk, says the company faces major cost pressures and wants reform to payroll tax and penalty rates. ‘We get stung with monstrous wage costs’, continued Byk. ‘We work very hard to remain competitive. We avoid penalty rates by subcontracting work rather than giving it to [full time] employees. Governments have not been focused on growing manufacturing. It has survived rather than being developed’.

The CCIWA report states, ‘Government’s should not ‘pick winners’ but create policy to encourage entrepreneurship. It will be a substantial shift in focus for industry policy, which has traditionally favoured firms with subsidies or support programs’.