App Developers, Have You Considered the R&D Tax Incentive? 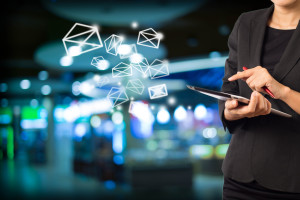 By 2020, 70 percent of the population will have smartphones. Accordingly, the dominant presence of smartphones is greatly expanding the scope of mobile phone software development. The “App Economy”, as it is branded, is indeed mounting as it intertwines with the phenomenal increase in mobile phone penetration.

As a result, mobile application development has emerged as a leading category in the software industry. Typically, the development of this unique software for both iOS and Android platforms often requires extensive research and development (R&D) efforts – positioning app developers as the prime candidates for the R&D Tax Incentive.

In fact, the number of companies allegedly making R&D Tax Incentive claims in Information and Communication Technology (ICT) is second only to those in the ‘Engineering’ field of research. However, as the SME and tech start-up community continues to grow in Australia, one would anticipate that this number will only escalate with time.

Nonetheless, self-censorship can still hinder companies from claiming the R&D Tax Incentive. A common area of difficulty with app development is that it is an industry of swift transformation. What is deemed as an innovative method one day, may well be considered routine the next. As a result, companies can become prescriptive about what qualifies and what doesn’t on the basis of false assumptions. For instance, a common misconception is that app development isn’t considered R&D because the market is flooded with innovative smartphone apps already.

However, firms should not rely on this popular perception too readily. Rather, each development should be evaluated against the legislative definition and deliberated on its own qualities – evading any assumptions that particular software development activities cannot be “R&D” because they are now “outdated”. Ultimately, companies must pay sufficient regard to whether there were any precedents for the development and the extent to which any new knowledge was generated.

All things considered, the iterative software development methodology, inherent with app development, positions developers as prime candidates for the R&D Tax Incentive. In particular cases, it entails a 43.5% refundable tax offset to firms generating less than $20 million in annual revenue and a non-refundable 38.5% tax offset to other companies.  Thus, for an app development company, the tax benefit is a welcomed non-dilutive source of funding for R&D activities. As noted above, there can be confusion in determining what is and isn’t defined as R&D within the fast-moving software industry. Therefore, it is recommended that companies enlist the guidance of a specialist to assist with their claim.