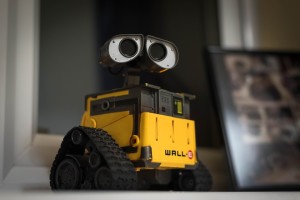 From the 1950’s Astro Boy and Iron Man comic illustrations to the more recent Wall-E and Chappie characters that lit up our cinema screens – undeniably, robots have frequently been depicted in works of fiction. However, in 2016 is fiction becoming more of an everyday reality?

Indeed, for the past century, innovation in robots, machine and androids has been on an exponential curve.  Certainly, 2015 was the tipping point in the global adoption of the Internet, digital medical devices, gene editing, drones, and solar energy. However, 2016 is set to be the beginning of an even bigger revolution and, most notably, Australia leading the way in several examples of machine innovation.

In addition, machine research in Australia is also spinning off new types of businesses. In Western Australia, a smartphone app for respiratory diseases is being tested at the Joondalup Health Campus. The technology is founded on machine learning algorithms which use only sound to diagnose and measure the severity of respiratory disorders without the necessity for supplementary hardware. The software application is now being taken to market by ResApp Health. The markets for ResApp’s technology include telehealth, emergency departments, clinics, at home use, and for the developing world where the customary hardware is too expensive.

Undeniably, machine innovation is being applied and researched at an increasing rate in Australia. Investment in technology via research and development (R&D) can aid companies in developing new products, equipment, machinery, processes and software that can aid their businesses cash flow, productivity and knowledge. Moreover, if a company is investing in research and development activities in Australia then they may be eligible for tax benefits. In fact, the government encourages businesses within Australia to do this by allowing business owners to offset research and development with the R&D Tax Incentive.  Contact Swanson Reed today if you would like to talk to a specialised R&D Tax consultant about the scheme.