To elaborate, the infographic below reveals a comparison of R&D cash benefits in OECD Countries. 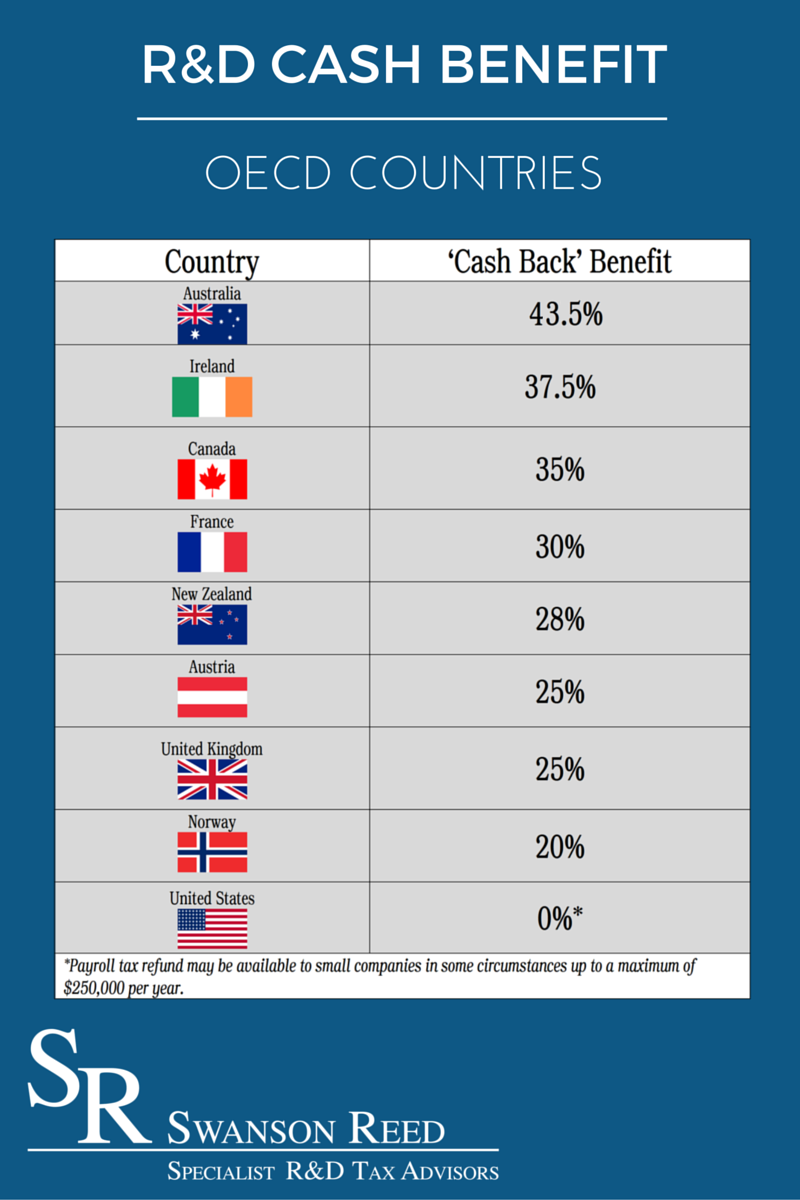 Overall, the number of companies accessing R&D tax benefits from the Australian government has augmented to beyond 13,000 over the years. Over 7,000 small businesses currently apply for the program, however over 20,000 small businesses are actually eligible to claim. Despite the fact that the Research & Development (R&D) tax incentive claim process can seem quite convoluted, the benefits of doing it properly are well worth the effort.  Swanson Reed specialises in the R&D Tax Credit – contact us today to discuss your eligibility and learn more about how the R&D Tax Incentive may benefit your business.