The Australian biotech industry has concerns about an overhaul of the R&D tax incentive scheme, which could involve eligibility restrictions and cuts.

The government has proposed capping R&D tax refunds at $2 million, which could be realised in this month’s federal budget. The uncertainty has already impacted the sector, with both Australian and international companies reconsidering doing clinical trials here. As Chris Nave, managing director of Brandon Capital Partners commented, “$2 million isn’t worth the cost of setting up an Australian company.”

One company who is questioning their future in Australia is Elastagen. Chief Executive Rob Daniels said, “Is Elastagen looking at where it will be located in the future? Yes, we are. Is that being impacted by the mooted changes to the R&D tax credit and messing around with it? Absolutely.” 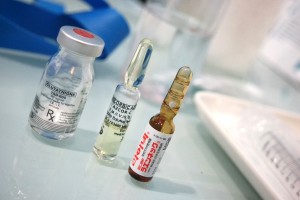 National body AusBiotech believes that a cap on the tax credit will impact the development of medical treatments and cause job losses. They have instead proposed that an $8.5 million cap be considered.

The R&D Tax Incentive refund allows more clinical trials to occur, especially for smaller companies. Chairman Julie Philips says that clinical trials generally cost between $3 million and $25 million per annum and often take long periods of time, so the uncertainty over tax credits is not ideal.

Australia is already disadvantaged by its remote location and high costs, so enticements like the R&D Tax Incentive are crucial for encouraging businesses to invest here. If the proposed changes go ahead, they could have a significant impact on Australia’s start-up economy. David Hoey, Chief Executive of Vaxxas stated that “If you flip the switch now, in two or three years there will be almost no start-ups, at least in biotech, because they will have made the decision to go offshore.”