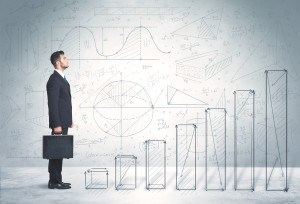 Indeed, the notion that Research and Development (R&D) makes an immense impact to innovation and competitiveness is prevalent among economists and politicians. Without a doubt, governments play a crucial role in promoting higher education and basic research. However, fiscal policies and funding incentives are also vital to nurture private R&D investment too.

In fact, a recent study by International Monetary Fund (IMF) reveals that Australia’s economy could increase by an extra $80 billion if the government spent an extra $1 billion a year on increased tax breaks for corporate R&D. According to IMF, well-designed tax breaks that reinvigorate private sector spending together with public investment in basic research were “critical” to increase productivity and stop the world deteriorating into a low growth trap.

Undeniably, the figures outlined in the report reveal the impact government and fiscal policy can have in spurring economic growth and productivity. For instance, they estimate that research and development concessions and payments – whether for universities or private corporate research bodies – can often generate rates of return of about 20 per cent on average. Furthermore, IMF officials estimate that encouraging companies to boost R&D by 40 per cent could increase GDP by about 5 per cent over the long run. The “fiscal cost” of rolling out the aforementioned larger R&D incentives would only equate to about 0.4 per cent of GDP.

In 2013, Australia’s R&D incentives cost about 0.15 per cent of GDP, or in other words, $2.4 billion. However, increasing Australia’s incentives by 40 per cent would be equivalent to an extra $1 billion. Ultimately, during recessions or downturns, when access to credit and capital can weaken a company’s capacity to boost innovation spending, government intervention through fiscal policy could have a huge bearing on future growth.

Overall,  policies aimed at growing national research and development (R&D) activity are now a central element of national tactics to increase productivity, long run economic growth and international competitiveness in most OECD countries.  Certainly, the increased government spending on tax breaks suggested by IMF could assist in facilitating more innovation in Australia. Thus, as Turnbull embarks on implementing the innovation agenda across Australia, should the government be focusing on fiscal policy to drive the shift from the ‘mining boom’ to the ‘ideas boom’?