Clever Commercialisation: The Role of Collaboration 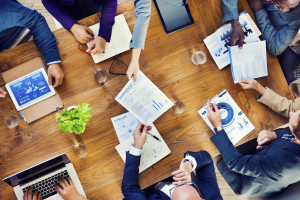 A little-known fact is that Australians make up less than 0.3% of the world’s population but we account for over 3% of the world’s scientific research output. Certainly, as described in our previous post, Australia has contributed to several ‘world first’ innovations and has a dynamic invention ecosystem. In fact, Australia performs strongly on international measures of research excellence, an important driver of innovation.

But the latest OECD table puts Australia last out of OECD countries that report on collaboration between business and public research institutions on innovation. There is no doubt that our alarming collaboration ranking is a direct contributor to our poor performance at commercialising our discoveries. Thus, could changing our approach to collaboration assist in commercialising research?

Whilst research and development certainly occurs in universities and in businesses, there remains little connection between the two. To this end, Universities Australia submission to the R&D Tax Incentive review, called for the tax incentive to be applied more efficiently in lifting the nation’s innovation effort and to encourage more research partnerships between business and publicly funded research bodies including universities.

Certainly, one of the cornerstones of an open innovative environment is the ability to collaborate.  University and corporate partnerships, driven through tax breaks or other integrated models, could ensure investment in research and innovation in Australia does not get left behind in a competitive international market. With Australia embarking on a dramatic transformation from the mining boom, univeristy and business collaboration could indeed be a viable engine for Australia’s innovation and future growth.

However, as noted in a previous blog post, any adverse changes may harm Australia’s reputation as a destination for investment in R&D.  Many overseas entities have invested in Australia based on expected future entitlements available under the R&D Tax Incentive. Ultimately, companies need a stable legislative platform to provide them with the confidence to make long-term decisions in anticipation that support will be available.  Whilst there may be opportunity to enhance the efficiency of the R&D Tax Incentive with collaboration; any changes must not adversely impact the fundamental structure of the programme, which provides a broad-based, easily accessed and significant incentive.

Are you interested in discussing innovation and commercialisation further?

Our InnovationCAFE 2016 is approaching and will aim to explore the importance of  innovation in Australia’s economic future. Register your interest today for your corresponding state to make sure you don’t miss out: Brisbane Event, Sydney Event,Melbourne Event, Perth Event.