The recent AAT decision, Mount Owen Pty Ltd and Innovation Australia [2013] AATA 573 was a well resourced AAT case that related to the R&D activities conducted by a large coal producer.  It is relevant to companies that conduct R&D activities in a production environment.

It is important to note that although the case references the Applicant as Hunter Valley Coal Corporation Pty Ltd, a then subsidiary of BHP Ltd, BHP had sold this company to another mining company and had no connection to the matters in this case.

This case played an important role in the $120 million settlement of an R&D tax dispute between Newcrest Mining, Innovation Australia and the Australian Taxation Office regarding R&D activities that were conducted from 2009-2011.

The Tribunal found that all activities were ineligible on the basis of inadequate substantiation of hypothesis and evidence of ‘purpose’ for generating new knowledge.

Although it was not disputed that the ‘through-seam blasting’ activity occurred, the Applicant could not demonstrate through documentation that it was conducted to test a hypothesis of any-kind.

As with a string of recent AAT decisions, the mining company failed to detail the ‘experimental’ nature of each of the ‘core’ R&D activities.

The following legal points have been reiterated in this case: 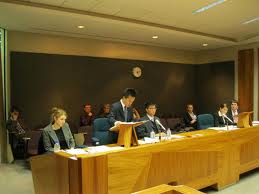