Australia is home to some of the most prestige grapevines, with the Australian Shiraz being one of the oldest in the world. It holds unquestionable value and relevance to the success of Australia’s wine industry.

In recognition of the significance which the Australian wine industry holds, a six year R&D invests worth $5.3 Million has been announced by Wine Australia. The announced R&D initiatives intends to utilise the country’s unique and natural resources, with hope to uncover further understanding of Australia’s unique terroirs. Terroir refers to particular environmental factors that influence the profile of wine craps such as climate, soil and topography, and embody the complex influences resulting in a wine’s quality.

According to Wine Australia Deputy chair, Dr Brian Croser, Australia currently makes wine of exceptional quality, however fails to receive the international exposure they merit. It is hoped that the announced R&D project will ultimately pinpoint how to refine the expression of terroir and uniqueness in Australian vineyards. 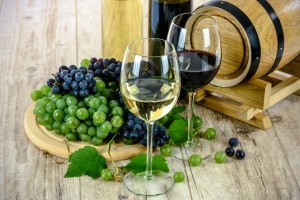 Throughout the six year R&D project the goal is to identify how environmental signals in terroirs convey into physiological variations in grapevines, resulting in alterations to the grape composition and distinct expressions in the wine. R&D initiatives to uncover these innovations is aimed hoped to allow the Australian wine industry to be a leader in the global market and gain a significant competitive advantage in the international wine market.

Demands for fine wines are increasing on a global scale, with an 11% increase of exports to US, China, UK, Canada and Hong Kong in 2016. The R&D investment in the industry has been announced at an appropriate time with reflection on the recent international market trends.

Optimism and anticipation from researchers is high, with a future of vineyard growing and monitoring expected to be unprecedented. The announced 6 year R&D project ultimately aspires to eliminate the former absence of absolute control over grape-growing and introduce a generation of sensor-driven viticulture tools which have never been used within the industry before.