When it comes to science and Research and Development, other countries are hitting the accelerator while Australia is shifting into reverse.

During the Prime Minister’s prizes for Science, held at Parliament House last October, Tony Abbott delivered his speech in front of Australia’s best and brightest minds and left the stage with a barely audible applause. Abbott, who had been in office for just over a year, was surprised he received some form of applause after his Government implemented drastic cuts of more than half a billion dollars to Australia’s scientific institutions, including the CSIRO and the Australian Research Council. “At least it was some”, he admitted.

Scientists were laid off as a result of the cuts and significant projects were put on hold. The promise from Abbott was to ‘provide the long-term vision and policies that Australia’s scientists and researchers need to excel in their work’. Instead, it left the science complex reeling. Elizabeth Blackburn, who jointly won the Nobel Prize for medicine in 2009 said, “The lack of investment into research and science is insane and foolish, especially considering the fact that the natural resources boom is fading”. 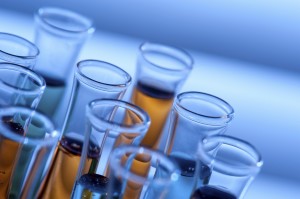 “Nations with economies in much worse shape than ours are investing more heavily in science because they recognise that research and development represent the best hope for a healthy population and environment with a strong and innovative economy in years to come”, explained Professor Suzanne Corey. Four of the five living Nobel Prize winners in science spoke openly about the need for Australians to understand how vital science is to the country’s economy and that the lack of investment will result in job losses in the future.

In Australia, two thirds of the country’s economic growth came from scientific innovation from the 60’s up to 2005. Ian Chubb, Australia’s chief scientist, has warned of the disaster that would unfold from Australia’s underinvestment in science in a world that is experiencing a break neck pace of innovation. Australian’s live in a time where economies, societies and jobs are torn up by new scientific discoveries and yet Australia, in this period of constant global change and disruption, is the only OECD nation without a science strategy.

Professor Brian Schmidt, 2011 Nobel Prize winner in Physics, said the Government’s unwillingness to slash funding in Australia’s defence, but willingness to make large cuts to investments in Australia’s research and science precincts demonstrates the Government’s lack of focus on innovation and science to build a stronger, competitive economy. Australia has relied on its natural resources for economic development. Professor and Nobel Prize winner, Robin Warren, says Australia’s government has to put in place efficient long term science planning and work hard in this area to have confidence in the future that it will pay off because there is nothing else out there that’s going to pay off. “We’ll be digging up stuff in Australia for another 100 years”.