Research Contributes to a Quarter of Australia’s Economic Output 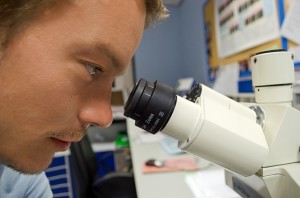 From the cochlear implant, otherwise known as the bionic ear, to the medical application of penicillin, Australia actually has a rich history in science research and development (R&D).

In fact, a new report by the Australian Academy of Science reveals that over the past twenty to thirty years, scientific advances have contributed to an estimated $330 billion of Australia’s economic growth. As the report reveals, this figure represents about a quarter of the national economy.

Furthermore, the report found the areas of physical, mathematical and biological research contributed to 26 per cent of Australian economic activity. Most notably, the report established that without the developments in biological sciences alone in the past 30 years, the Australian economy would be an estimated 5 per cent smaller than it currently is.  Additionally, the economic impact of medical advances has added one year to the average life of Australians.

Thus, as can be seen from the above, advances in research provides new knowledge and inventions, which creates net benefits for the Australian economy. With Australia on a voyage to innovation in 2016, capitalising on our past could inform discussions about the actions taken to maximise the benefits of science for Australians.

Moreover, to encourage research in Australia the government currently offers a generous R&D tax incentive for qualifying innovative activities. Whilst the example above pertains to scientific research, in essence, any firm developing or improving products, processes, or software, may be eligible.   If you think your company may qualify, have a discussion with one our R&D tax specialists who will be able to answer any further questions or help you make your claim.