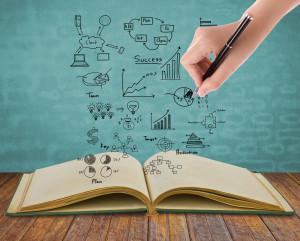 “Innovation” – the term has essentially become shorthand for all that encompasses future business in Australia since Turnbull’s rise to Prime Minister in September. From doubling investments in research and development (R&D) for clean energy to making coding compulsory in schools, Turnbull has vowed to put innovation at the heart of his Government’s agenda. Consequently, the  innovation statement was unveiled in December 2015 and provided a blueprint for a $1.1 billion plan to foster greater innovation with 24 new measures across 11 different Government portfolios.

In March 2016, the Turnbull government has followed through on the agenda’s proposal to offer tax incentives to entrepreneurs and start-ups. The Bill, coined the Tax Laws Amendment (Tax Incentives for Innovation) Bill, aims to amend the tax laws to provide generous tax incentives for innovative start-ups and investors.

In relation to this, the Australian Tax Office (ATO) has recently released further material on the new angel investor tax break that came into effect on 1 July 2016. Under the new tax break, angel investors can obtain a 20 percent tax rebate and capital gains tax (CGT) exemption (for the first 10 years) when they invest in a company that qualifies as an early stage innovation company (ESIC).

To be eligible as an ESIC, a company must evaluate itself against a number of criteria, as described in Division 360 of the Income Tax Assessment Act 1997. To sum up, Division 360 contains a two limb test: an early stage limb and an innovation limb, which allow companies to self-assess against either a principles based test or a 100 point test. Both the principles based test and the 100 point test have strong links to Division 355, which contains the R&D Tax Incentive.

Ultimately, the increased funding made available via these incentives could attract more entrepreneurial talent and innovative start-up companies, both Australian and from overseas. Start-ups, in particular, typically find it more difficult to access capital than their larger commercial counterparts due to a lack of prior financial history, limited supporting collateral and their risk profile .Thus, strengthening capital flows to start-ups could deliver substantial support to early stage innovation.