Home » News » Is an innovative workplace an oxymoron?

Is an innovative workplace an oxymoron?

Is everyone an innovator or is nobody one?

Every day we dream up new systems and processes on how to make our lives more efficient. But we are rarely pretentious enough to call ourselves innovative.

Even Einstein said “imagination is more important than knowledge.”

So does that mean I should win a Nobel Prize for the new back street I discovered while walking to the office this morning? Probably not…

1. Stop comparing yourself to other innovators

When you think of the classical innovators, your mind immediately jumps to Thomas Edison, Henry Ford, Steve Jobs and perhaps even Facebook founder, Mark Zuckerberg.

Still, as a Research and Development (R&D) tax specialist, my cup runneth over with engineers that are shocked when they learn that many technical challenges they solve on a daily basis may be innovative enough to meet the requirements of the R&D tax credit. Yet, despite this raw ingenuity and potential, society will likely dismiss their achievements in awe of the light bulb, the motor car, the iPad or the development of a multi-billion dollar social media phenomenon.

So why is it that some of our countries brightest minds don’t consider themselves innovative. Should it only describe those creative individuals that have become rich and famous from their inventions? and if that’s true, is Mark Zuckerberg considered to be radically innovative because he is incredibly rich, ultra famous, and a billion people use his social media platform?

The answer to both questions is ‘probably yes’, but the answer should be, ‘who’s cares!’

At age 16, Henry Ford was working 18 hour days as an apprentice machinist and he didn’t have time to worry about such questions, so neither should you.

2. Don’t say you’re an ‘entrepreneur‘ when you do something cool

These days, calling oneself ‘innovative’ has become as egotistical as referring to oneself as ‘brilliant’. Most people associate an ‘innovative entrepreneur’ with long-term unemployment over anything close to how it should be defined.

When solving the world’s problems, the innovators I deal with would rather use more humbling phrases such as ‘problem solving’, ’embarking on a challenge’, ‘doing it in a different way’, or my personal favorite, ‘successful enterprising‘.

Enterprising means having or showing initiative and resourcefulness. I now believe that an enterprising person is the unpresuming and success hungry equivalent to an innovative one. For me at least, the former is physiologically more reachable and less threatening.

More importantly, by using more humbling words, it will help you to remain focused on your goals and avoid all the hype when your big idea eventually gains traction.

3. Small improvements are as important as big ones

Innovation (at least to me) isn’t about one singular, world-changing idea. It’s about having the initiative to manage and monitor different ways of thinking, engaging in trial and error and even toying with a little constructive nonsense.

Take Steve Jobs (and his partner Steve Wozniak), like most innovators starting off, their ‘dent in the universe‘ began with a single idea in his parent’s garage. Chance?… perhaps, but more likely, it was achieved through 30 years of consistent incremental enterprise. Even Steve Jobs said, “good artists copy, great artists steal”. For Apple insiders, the invention of the iPhone, as radical as it seemed to the outside, was not radical at all.

4. Don’t worry about other people and just do it

These days, innovation has turned into a buzz word that companies use to promote themselves over other companies. All too often, when a CEO tells me their business has an innovative culture, I quickly surmise that they lack both innovation and culture. Then when I bring up my concept of ‘enterprise’, they are more concerned with the public relations component or how it might fail or distract over how it might enhance.

The number of people fearing failure is on the incline. We need to develop a culture where our mistakes are our motivation, not our excuses and that those failures are the stepping stones to success.

Rather than organizing the usual and boring team building retreats, employers should conduct special purpose workshops for staff that aim to inspire their team to fail and have fun doing it. Activities that teach the power and importance of incremental change could be used to help break the fear of failure.

Managers could start by:

Meeting such a goal could be as trivial as switching to Google docs from Microsoft Office 365, and reverting back!

The term innovative shouldn’t be reserved for someone with a Wikipedia page, nor should it be restricted to the wealthy tech masterminds. An innovative person should be considered as any person in any organisation who has the initiative to think differently about a problem and suggest change, however small or silly.

Innovation should be about all people living to make small changes every day with an aim to make things better. Even if most of the time, those changes appear foolish and a waste of time.

I am not thinking ‘suggestion box‘ here. That has been done, albeit with limited success.

I am thinking of a fun company culture that encourages people to test and trial their ideas in a controlled environment and report on their deficiencies or adequacy (with particular attention to the ridiculous ones). Perhaps we go so far as to train the office receptionist in the basic rules of experimentation and testing hypotheses.

As the great candy maker, Willy Wonka once said:

“A little nonsense now and then, is relished by the wisest men” – Joseph Addison 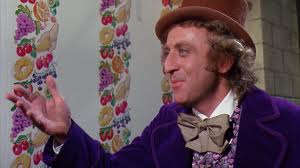