Home » News » What Can Australia Learn from The France R&D Model?

What Can Australia Learn from The France R&D Model? 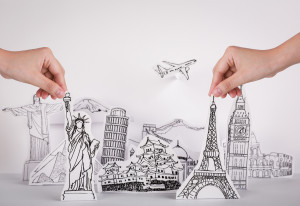 With the release of the Australian Innovation Agenda in December 2015, Australia is experiencing significant economic and social change. Indeed, we are now entering a new era in which technology, research and ideas will become our most valuable cargo. Successfully leveraging these changes will ultimately require a social focus on innovation, collaboration and digital disruption.

Specifically, universities offer a huge potential in shifting the Australian landscape to be more innovative, however, they are currently debilitated by low collaboration levels. In fact, the value of stock of knowledge generated by university research was estimated at $160 billion in 2014, equivalent to almost 10 per cent of GDP and exceeds the entire value of Australia’s mining industry. Thus, with Australia embarking on a dramatic transformation, universities could be a viable engine of Australia’s innovation and future growth; however, investment is required to ensure the research is able to have a beneficial effect on the Australian economy.

Correspondingly, tax breaks to foster greater collaboration between business and public research providers (PFROs) have become increasingly discoursed in public discussion since the announcement of the R&D Tax Incentive Review. As noted above, there is untapped potential in the (two-way) knowledge transfer and technological cooperation between PFROs and businesses. However, the lack of collaboration between the research and business sectors, which has been subject to much political and policy setting scrutiny, could be inhibiting the translation of knowledge and technology between research and its real-world application.

In relation to this, Bill Ferris, who is reviewing the tax incentive, has recently disclosed to The Australian that he was also considering if the program could be recalibrated to include a greater emphasis on rewarding collaboration to incentivise and motivate business to work with and seek solutions from publicly funded research organisations. In specific, he states, “It is interesting to note, the French research tax credit scheme provides a premium tax offset credit for business R&D spent with PFROs and this appears to have worked with France now ranked No 3 in the OECD collaboration tables.”

In contrast, Australia is last out of 26 OECD countries that report on collaboration between business and public research institutions on innovation. Thus, could Australia benefit from undertaking a French R&D tax model?

Undeniably, international governments are increasing indirect support for business R&D, particularly by the way of tax incentives. According to the OECD’s 2014 report, Korea, the Russian Federation and France provided the most combined support for business R&D as a percentage of GDP. However, in relative terms, the largest amount of R&D tax support was provided by the Netherlands – 87% as percentage of total government support – and Australia and Canada with approximately 85%.

However, although Australia could benefit from an expanding of the credit to include offsets for PFRO’s like France, the fundamental structure of the program should stay the same. As noted in a previous post, the stability of the R&D tax incentive scheme over time plays an important role on R&D expenditure. Thus, while there may be opportunity to enhance the efficiency of the R&D Tax Incentive through collaborating with PFRO’s, the structure of the program should not be altered drastically. As it currently stands, the R&D Tax incentive is broad-based, easily accessed, and as illustrated above, is significant in relative terms.